GUEST BLOGGER : NATASHA DIAMOND-WALKER shares her perspective in "You Dance..like for your job"? 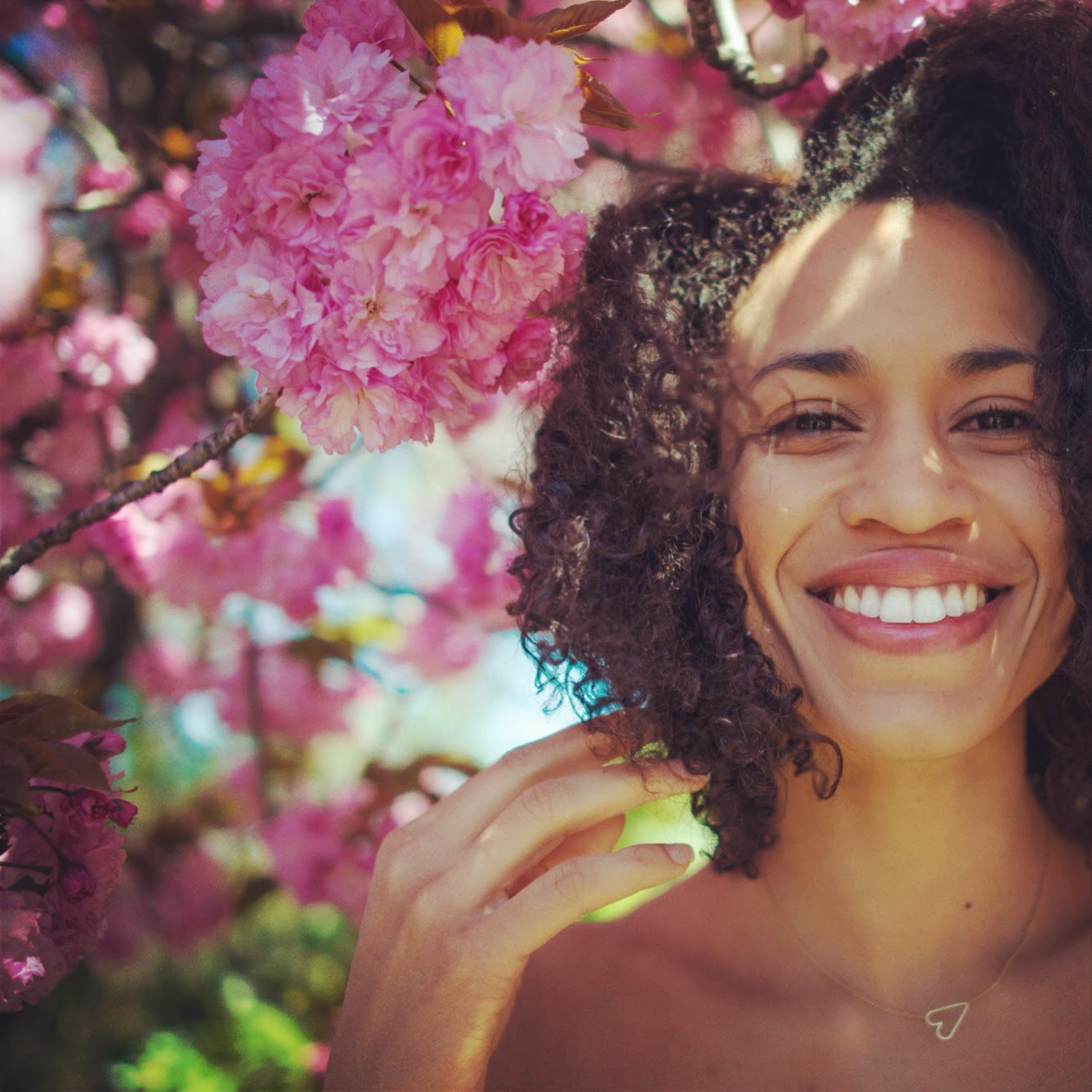 And just like that we were on our second voyage for tour. A bus ride from Tivoli (near Rome) to Gardone Riviera (near Milan). A fairly large tour bus with brown suede seats, orange curtains, 3 televisions, two doors, and a bathroom will be our temporary home for the next 7 hours. We board the bus. Simona our heroic company manager makes her usual role call. She calls out each dancer's name, she sounds slightly annoyed and that's a good sign. Everyone is here. She then has a special announcement. "We have to stop the bus every time someone needs to use the bathroom." Apparently, this is Italian protocol to ensure your safety in the bathroom. Fantastic. We all look around at each other and make the obvious comments and jokes. However, this rule doesn't last long, and dancers eventually begin sneaking into the bathroom with the bus in motion, one finger pressed to their lips, "Shhhh. Don't tell".
Soon dancers begin to assume the sleeping-on-a-tour-bus-after-a-long-night-of-performance position. Stretching their legs up vertically one side of the bus while their backs and torsos stretch horizontally along the two seats they've chosen. The more desperate of dancers choose to splay themselves into the aisle of the bus, on the (dirty) floor: props such as rollers, balls, and yoga blocks positioned underneath areas that are sore. Most of us fall asleep as the rain slaps against the sealed windows. Some delve into new juicy books, some drift off to music via iPods, a few tranquilly peer out the window- watching the land and sky pass by. Two or three hours later we approach a stop for lunch. Few begin to feel this intrinsically and stir themselves to wake. Others are far too deep into their naps to emerge just yet. We stop in front of a 3 tier dark brown building with stairs up the front. If you were not awake before, you are now. Simona orders us "One hour for lunch and then everyone back on the bus." As if we had somewhere else to return to?
A five minute climb to the top of the stairs brings us to an entrance inside. Toilettes, a cafe bar, and, a shopping area with magazines, blocks of Parmesean, ham, toothpaste, and stuffed toy pigs are all in sight. The floor above this one has a dining room with buffet style food options: sleepily, we head there.
We find a salad bar, a cold plate section with mozzarella and prosciutto, a counter for pasta, and a counter for grilled meats. There is a cooler with small bottles of red wine, white wine, Lambrusco, beer, juice, soda, and, water. Everyone gets their lunch and we all, naturally, group together, filling up the 5 tables closest to the windows, chatting, laughing, dining as a company, again.
Lunch goes by so quickly and so does the chance of getting back on the bus dry. At the uscita (exit) we discover a heavy downpour of tropical Italian rain. There is our bus, looking smaller, a good distance away. Our driver has no intentions on coming any closer. So then, getting to the bus becomes a quick obstacle. So we run, down the stairs, through grassy puddles in our sandals, jumping over parking lot rivers, we dart towards the bus. The driver, clearly visible, sitting in his low seat, his face emotionless- sees us coming close, pulls a lever to open the bus door and we all funnel in, wet, full, and energized from our rainy sprint. Simona role calls and the bus rolls onto the road. For the next couple hours dancers are consumed in the back of the bus with "Guess My Word". A game where one person thinks up a word and everyone else involved asks questions, pining for clues that will land them that exact word. Relaxed and easy, everyone keeps things simple and in good spirits. A few more hours pass and we arrive to our destination. It's true time flies when you're having fun.
But, this journey, like most others, is a test, a requirement, work. When you tell the ordinary person you're embarking on a 4 week tour through Italy, Greece, and Turkey they "ooooouuu" and "aaahhh". They say things like, "You're so lucky you get to go on vacation for your job" or "I'm so jealous you get to dance everyday around the world, that's so fun". And my answer is yes, we are incredibly lucky and blessed to be living our dream. Performing around the world, getting paid to dance in venues that are world famous, but let's not forget it is still, nonetheless, work. With the high of being center stage, the Mediterranean Sea behind you as your backdrop, there are some low lows too. We have absolutely painful and mundane travel days that last anywhere from 1 to 20 hours. We go from bus, to plane, to bus, to 4 hour ferry rides: arriving into Greek island paradises, throw your luggage down into a dark hotel room, and quickly taxi to a big, beautiful, gold and white yacht filled with champagne, Michael Jackson music, cameras, and our happy shinny presenters asking us "How was your travel, good? Would you like something to drink"?
"Oh yes, it was just a breeze, thank you"!
However, with all the high highs and all the low lows we keep moving forward and up. We are reminded daily that it is an incredible blessing to do what we do. To answer a calling in your heart and soul that aligns with your passion: that is the dancer's work, and, we do it, again and again with love.

Posted by blakeley at 3:52 AM No comments:

Show day began with several dancers participating in an unusual photoshoot by Brazilian fashion photographer, Guilherme Licurgo (Principal dancer Tadej Brdnik moonlighted as production assistant on the shoot). The shoot was situated within ancient ruins of Villa Adriana, Italy. Surreal and lineage are words which accurately capture my feelings about this experience. With a wardrobe consisting of a nude leotard and the purple silk fabric used for the dance Clytemnestra, I searched for some movements which might inspire the photographer. I danced on the stone ground within the magnificent Roman columns and felt images of Isadora Duncan being conjured through it all (not imitated but experienced). Those timeless shots capturing a person free from societal norms and embracing her particular life’s journey are all part of the Modern dance lineage. Below you will see one of the finished photographs from the shoot with many more to come in Gui's forthcoming art book Desert Flower.
.

Later that evening after a full day of technical rehearsal, rain, heat and humidity, we gave our first performance of this tour. My repertoire was Nacho Duato’s Depak Ine and in a new-ish iteration of Martha Graham’s iconic work Errand Into the Maze now titled Errand. With no sets, rope or theatrical costuming - it is truly a different dance from Graham's masterpiece and I am still struggling to make certain connections within it. I miss the sets and the costuming which made it such a unique dance in the world (is it just my nostalgia?) but I am up for the challenge of making it all work. I love the movements and partnering in the dance and for now that must be enough.

Dancers made role debuts in the show: Masha and Lorenzo premiered the red couple in Diversion of Angels and some of the new dancers in the company made their European debuts!! These are very special moments in a dancer’s career and I was so happy to be a witness to this joyful time for them.

While most of the dancers spent our day off in Rome, I opted to stay in Tivoli to explore the world famous gardens of Villa d’Este as well as our performance venue, Villa Adriana. Both of these sites exceeded my expectations with dazzling displays of former power and wealth through the mediums of architecture, gardening and land/waterscaping.  Fellow dancer and friend Ben Schultz and I made the journey to both spots speaking with pigeon Italian and hand gestures that finally won us bus tickets after two failed attempts at walking - thank goodness! The route which we were trying to walk wound up a monumental cliff with no shoulder on the road for pedestrians. That explained why each time I asked a local resident how to walk to Villa d’Este they all gave the same response - “the bus stops across from the bar”.

Once there, we ambled around Tivoli trying to find a lunch spot and did so with the grace of the angels. We decided on a one room restaurant with periwinkle colored walls that was run by a very sweet gentleman who exclaimed to us that he “loves Stati Uniti!”. The place was filled with businessmen in suits speaking Italian speedily but seemingly in no rush. We enjoyed delicious home-made ravioli, and house special chicken with a beautiful bottle of vino bianco from Friuli (my favorite region for white wine).

The water-gardens of Tivoli with sweeping cliff-top views really wowed both Ben and me. There were actual moments when our mouths fell agape at the beauty there and the obvious, monumental effort put into building the site centuries ago. The cooling effect of the rushing water through the fountains was a welcome respite from the afternoon sun.

We made it back to our hotel down the hill just in time for a quick nap and then, another lovely meal. The other dancers who ventured to Rome....they made it home much, much later:)


Well, not exactly... but almost! On June 22, 2014 I, along with the dancers and crew of the Martha Graham Dance Company departed New York, USA for a final destination of Tivoli, Italy via Istanbul, Turkey. As of this writing and true to form for summer dance touring, some of our shows and dates still have not been finalized. What we know for sure is that we will dance in Tivoli and Gardone, Italy, Thessaloniki, Ithaca and Athens, Greece and Izmir, Turkey with other dates still pending as we left JFK. Such openended-ness is part of the fun of being a performing artist and reminds me of the old saying about Modern dance touring - “you never know if your going on tour until you get back” :)

This tour has begun as most do ... a 14 hour travel day (which eventually became 24 hours) with delays in foreign airports, too many cups of coffee and struggles to find WIFI. Even so, the dancers of the company remain cheerful, cooperative and ever eager to find a reason to laugh and joke.

Around 9:45 PM (almost a full day after we left JFK) our tour bus pulled up to the Hotel Il Maniero (3*) in Tivoli where we will make our first performance of the tour at “FestiVAl Internazionale di Villa Adriana-Lazio”.  As we disembarked everyone cheered and immediately headed to the hotel restaurant which was scheduled to close at 10:00PM. Of course, with the true spirit of generosity which I have always encountered in Italy - they remained open to welcome us! Pasta Bolognese and vino rosso per tutti!!!